"A Pot To Pee In" exhibition

It has been a while since I last posted but that's not because I haven't been working but rather because I've been working my but off! Monday Andy and I installed "A Pot To Pee In" which is the title of my upcoming show that opens on Thursday, April 20th with the reception on Friday the 21st
from 6-9 pm. For the most part, I'm please with the show. My two favorite pieces are the OutHouse and the Blue Throne. Visually and quality of work wise they are the strongest pieces. That being said, I think the show as a whole is a good one. It will be interesting to see how it is recieved by the public.

After this show, I'm taking a leave of absence from the gallery so I can spend some time getting caught up on my other work - with this show coming off the back of the one in October I feel like I've just been working from one show to the next... for the next year I'm going to focus on making work and worry about where to show it later. I'm going to research grant funding and apply for grants to see if I can get funding for my other installation concepts. I also what to just take some time to think about what my next step is as an artist.

That being said I am going to pick up work again on my One in Eight installation and I've asked a colleague of mine if she'd like to collaborate with me on it and I'm happy to say she is game!  So that will be one of the pieces I start work on again!  But until then... the following pictures are from the installation of A Pot To Pee In. 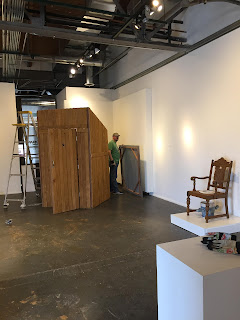 Andy  with the roof... one of my former students Mark Fitzsimmons helped me construct the house as  dispite my independent nature, it did require two people to build and as you can see with Andy, to install! 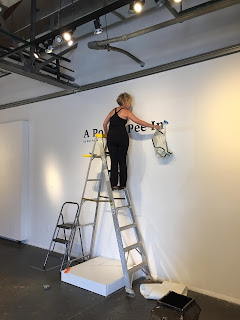 Me putting up the signage for the show 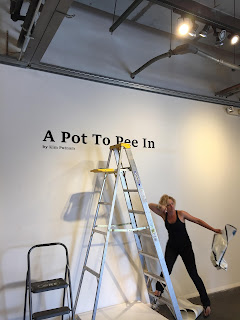 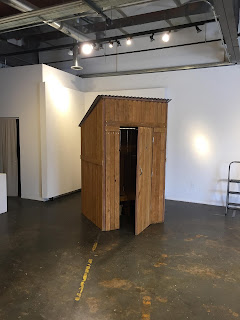 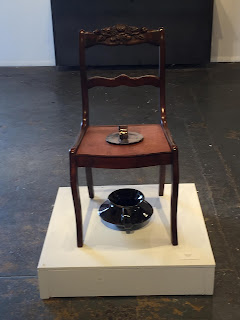 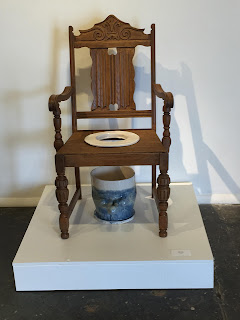 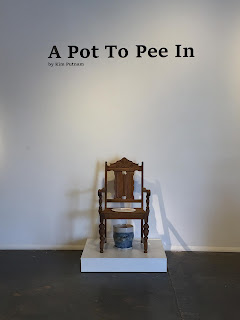 Probably one of my favorite photographs! 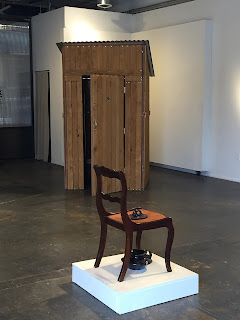 Another view of the works en suite 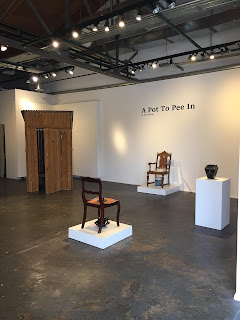 Posted by Kim Putnam at 9:08 PM No comments: