Wall Four of the Out House

Despite the cold, wall four of the Out House is complete! Below you will see the sketch for it followed by the frame and the wall in progress to completion. I had to do some tweaking of the frame because the longer boards were six feet, which was a wee bit short. To make adjustments for this I added a second set of cross boards to cover the seams. After they were on, it didn't visually look right so the original cross beam needed to be added but then the spacing would be off. After a day or two of contemplation, I figured out how to make the correction. Last Friday Mark, my assistant, came over to work on finishing the final wall.

Next up will be the bench, followed by the door and the roof! Sadly my porcelain bucket bit the dust in the kiln (poor glazing job on my part) so its back to square one with the bucket. Just as well as I didn't care for the embellishments I had added. So tomorrow I start over again... finishing the first chamber pot and then remake the bucket for the Out House. Fingers crossed it goes better the second time! 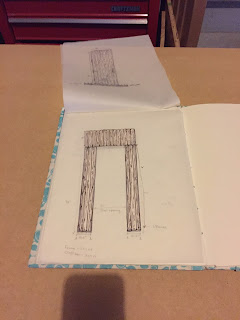 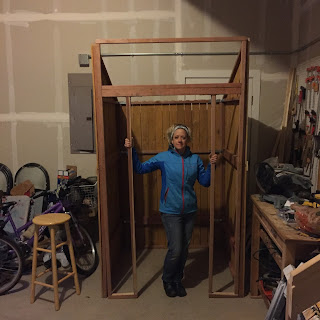 The first go round of the Frame 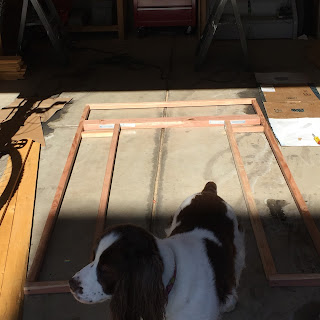 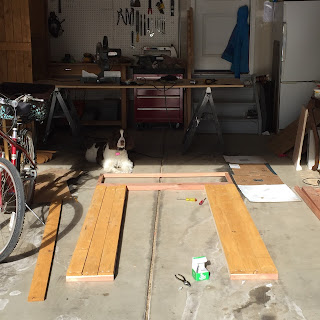 Here the longer side slates are attached first followed by the top. 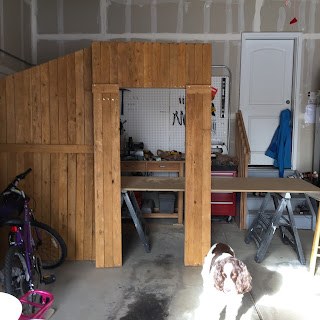 This is the first version with the shorter cross bars covering the seams but visually
it doesn't look right. 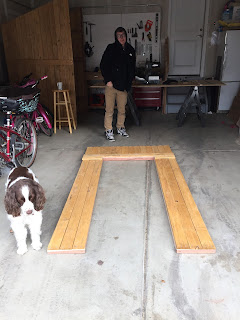 Short bars removed, original cross beam added and short bars reattached to cover the seams and butt up against the longer cross beam. 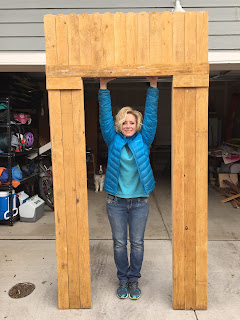 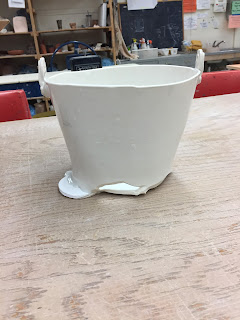 And... then there is the bucket!

Posted by Kim Putnam at 8:36 PM No comments: